A battle among homeowners is a lesson for studio leaders.

We live in a neighborhood in Colorado that borders a vast national forest.  We have lots of dirt roads, utilities, a lake, and dense forest, which require a great deal of work to maintain.  Volunteer neighbors have done much of this work, but over the past few years, volunteerism has declined.

This community also has a Home Owner Association (HOA) that likes to pass many rules.  For instance, you need to fill out a form to move a rock in the common area. If you don't wear non-flammable clothes while using an outside fire-pit, you are subject to a fine.

I see a connection between the declining volunteerism and the rising number of governing rules. This connection crystallized during a recent mountain bike ride. 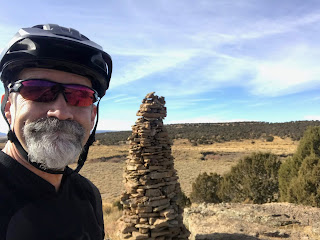 I was riding on a world-famous trail network called "Phil's World" in Cortez, Colorado. Phil's contains dozens of miles of amazing trails. It is continually being expanded and maintained by a group of local volunteers that donate days of their time each month.  These volunteers will not only move rocks to clear paths, but build impressive cairns with them.

This effort inspires me to stop my bike and move rocks or pick up any litter I find. Although Phil's is an hour drive away, I feel part of this community.  I feel it more than the one where I live.

Dan Pink's book "Drive" explains a lot about why we can work so hard at things we don't get paid for and so little when we are. He describes three factors of intrinsic motivation, backed up by decades of research, to prove it:


When leaders or governing bodies define a broad set of rules and penalties for non-compliance, it undermines a sense of autonomy.  Such compliance is a poor substitute for purpose.

Rules and penalties often exist to force behavior that you're not trusted to do on your own. When someone tells me that they'll fine me when I wear the wrong clothes by my fire-pit, I'm less motivated to help them cut a tree down.

Excessive rule-making happens in studios, and the same lack of motivation occurs. The prevailing  attitude becomes "I did my tasks, if the game is broken its someone else's problem." Leaders subsequently get frustrated with the lack of accountability and generate more rules.

A certain number of rules are necessary, but a good practice is to engage those you are making rules for. "Working agreements" are often better. Find ways where purpose can drive behavior instead. Sprint Goals and a definition of done are useful tools for this.  Collaboratively crafted, they drive behavior better than assigning work and creating rules about how disciplines should interface and test.

Posted by Clinton Keith at 7:36 AM