Game Play-Throughs During the Sprint 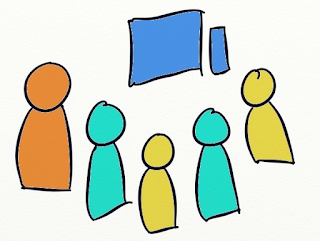 Regular team play-throughs of the game can add a lot of value through improved focus on the sprint goal and increased cross-discipline collaboration.

Practice
During the sprint, when the game is in a state where progress can be seen by the team, they hold a play-through of the areas related to the sprint goal.  Anyone can take the controls of the game, but usually it’s not the Scrum Master.
Depending on the state of a feature or mechanic, the developer who is directly working on what is to be played may show it, but it’s preferable to have someone less family drive the play-through.  This shows areas of where the player interface might be confusing.
During the play-through, anyone on the team can suggest improvements or identify problems to be fixed.
The duration and frequency of play-throughs can vary.  If they are short, they can be done daily but longer ones once or twice a week work too.


If the team has nothing to show half-way through the sprint, this is a great opportunity to ask them if there is any way to demonstrate progress earlier.  Earlier play-throughs create more opportunity to take advantage of emergence and to avoid late-sprint crunch and compromise.
Additionally, you may want to invite a senior designer or art director to listen in.  This creates the opportunity for feedback (after the play-through) among the disciplines.   Make sure that people outside the team understand that the play-through is not an opportunity to change the sprint goal.
I've always found that play-throughs held just before the daily scrum or at the end of the day are best (for different reasons).  Experiment!
Posted by Clinton Keith at 10:19 AM