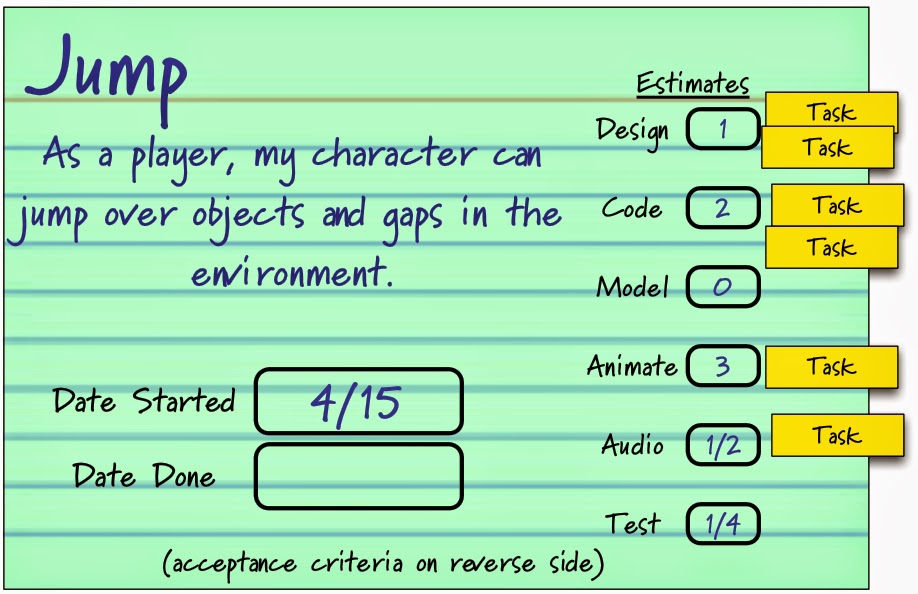 The above card shows some typical elements:

The sky is the limit on how to format these cards.  For example, some teams record the story points or t-shirt sizes on the cards and don’t use time estimates.  Some teams will break down larger features into sub-features and track the completion of those.  The key is to collect meaningful metrics that are part of an ecosystem to help the team better plan, execute and deliver features at ideal quality.

We’ll look at an optional burndown or throughput tracking chart.